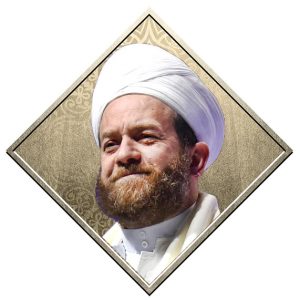 Dr. Muhammad bin Yahya Al-Husayni An-Ninowy was born and raised in Syria. He began his study under his father, Sayyed Yahya (Rahimahu Allah), and many of the senior scholars of Aleppo/Syria at the time, memorizing the Glorious Qur’an and acquiring knowledge in many of the Islamic disciplines, such as Tawheed, Hanafi/Shafi’i Fiqh, Usool, and Ihsaan.
Besides attending the Faculty of Usul-ud-Din at Al- Azhar University, Shaykh Muhammad delved further into the fields of Hadith and Tawhid under the tutelage of many of the foremost scholars in Syria, Hijaz, Morocco, Egypt, and elsewhere.
Shaykh Muhammad focuses on reviving the call “Back to Basics” i.e “ the Qur’an and Sunnah”, in addition to teaching tolerance, peace and compassion. Shaykh Muhammad is the senior-in-residence scholar at Madina Masjid and institute in Atlanta, Georgia since 2000. He authored many books in the science of Tawheed, Hadith, and Usul, some of which are being translated into English and published, such as: ” The concept of Bid’a and its application”, ” Nisf-Sha’ban virtues in the authentic Sunnah”, “Hadithi commentary on the Shamaa’el of Imam Tirmithi”, “Explanation of the Nukhba Text in Hadith sciences”, Explanation of the” AlFiyyah” in Hadith terminology, “Hadithi commentary on Imam Nasa’iy’s Khasaa’es, ” Expressing delight for the birth of the Light”, and more.
Shaykh Muhammad is the founding director of “Planet Mercy” and Madina Institute & Seminary in the UK, South Africa, and Canada, and the USA. Shaykh Muhammad also holds a Bachelor’s Degree in Mircobiology from the University of Illinois and a Doctor of Medicine degree. Some of Shaykh Muhammad’s lectures can be viewed on: www.madinainstitute.org. Twitter: www.twitter.com/shaykhninowy  and on www.facebook.com/alninowy
23
Recommend
Share
Tagged in