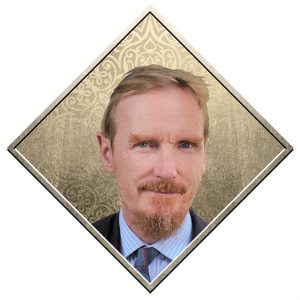 Abdal Hakim Murad is Dean of the Cambridge Muslim College, UK, which trains imams for British mosques. In 2010 he was voted Britain’s most influential Muslim thinker by Jordan’s Royal Islamic Strategic Studies Centre.

He has translated a number of books from the Arabic, including several sections of Imam al-Ghazali’s Ihya’ Ulum al-Din.

His most recent book is Commentary on the Eleventh Contentions (2012), in which he deals with a range of modern social and political controversies.

Abdal Hakim Murad, a Sunni Muslim, regularly leads Jum’a prayers at the Cambridge central mosque, and has spoken in major mosques in Australia, Singapore, Malaysia, Spain, and the United States. Recordings of his talks are available on the Cambridge Khutbas website. His articles have appeared in The Independent, the London Evening Standard, the Daily Telegraph, The Times, the Catholic Herald, Islamica, Zaman, the Times Literary Supplement, and Prospect. He is also a regular contributor to BBC Radio 4’s Thought for the Day.