December 8, 2019 by ris in Uncategorized 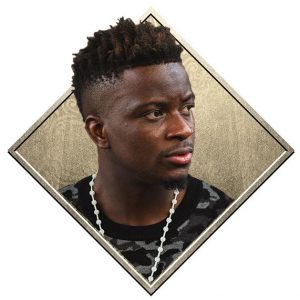 Jae Deen is an Islamic Musician from Ottawa, Canada who focuses on combining the raw essence of rap and hip hop with a strong message of love, unity and spirituality. He brings his experience as a young convert who’s achieved over 250 million views on content that expresses his admiration for the Quran through his poetry and music. His goal is to address the misconceptions about Islam that are being portrayed in the media by empowering our youth and challenging them to further educate themselves. His plans are to reach the hearts of many not just within his own faith but also reach the hearts and ears of all humankind.

He focuses his lyrics around the promotion of peace, religious guidance and social matters. Jae Deen’s ability to vocalize his concerns through his lyrics has earned him performances around the world, where he gained a wealth of experience and touched many lives. His performances are attended by audiences from all ages, and race.

. In 2018, Jae Deen was awarded the first ever “Quran, Light of the World Award” presented by MAS-ICNA in front of 10,000+ people. He intends to inspire the youth through his speech and encourage them to challenge themselves by increasing their knowledge of the religion. His speech takes them on his journey in completing the Quran as a non-Arabic speaking convert and how he was able to break the barriers that were in his way.