© Reviving the Islamic Spirit
October 17, 2016 by ris in Convention Speaker 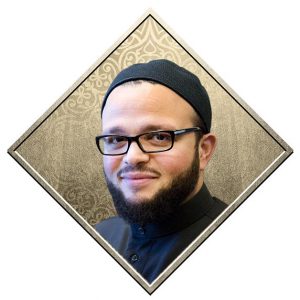 Shaykh Yasir is an Instructor on Muslim Studies – Harvard Divinity School. He began the study of Arabic and Islamic Sciences in his high school years under the guidance of local teachers. At the age of seventeen, he traveled to Amman, where he spent a year studying at the Islamic University of Jordan. He returned to the US and completed a Bachelor’s of Science from Rutgers University. After working in corporate America for three years in finance, he returned to the Middle East and enrolled in the prestigious Al-Azhar University in Cairo.

Through his teaching, lecturing, mentorship, and religious leadership, Shaykh Yasir aims to foster love for the deen and appreciation of the vast richness of Islamic tradition in new generations of American Muslims.