© Reviving the Islamic Spirit
January 7, 2017 by ris in Artists 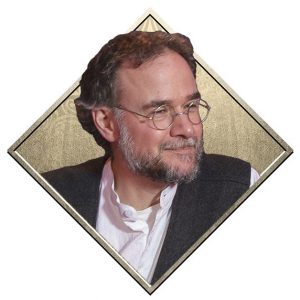 Canadian born poet and songwriter Dawud (David) Wharnsby began sharing his songs with audiences as a street performer in his late teens. Over two decades later, his career as a troubadour has yielded a string of fifteen solo albums, five poetry anthologies, numerous sound-track credits, performances in some of the world’s most prestigious theatres and collaborations with several of the world’s most celebrated artists (including Irshad Khan, Chris McKhool, Danny Thompson, Stephen Fearing, Yusuf/Cat Stevens, Hadiqa Kiani and Zain Bhikha).

In true folk-music tradition, Wharnsby’s songs have taken on a life of their own ~ spreading around the world, ringing out in primary schools, universities, places of worship, rallies and conventions ~ with words that have found their way into listener’s hearts, regardless of age.

His work and reputation as a pioneer in the composing of English language anasheed (sufi hymns) has him referenced in textbook publications affiliated with Harvard University in the USA, Cambridge University Press in the United Kingdom and others. The Royal Islamic Strategic Studies Centre (Jordon) has included Dawud on their list of the 500 Most Influential Muslims (2009 – Present) for his international artistic efforts, while his universalist approach to religion keeps him actively engaged with inter-faith and peace efforts world-wide.

As a voice for the socially-conscious and spiritually-driven, Dawud’s poetry, songs, articles and intimate live performances have inspired a generation of educators, musicians, poets and artists. He manages his own music publishing company and independent music label ~ both of which help fund several humanitarian and educational initiatives.

As a result of his global efforts in community bridge-building, Dawud Wharnsby (also an avid hiker and lover of the out-doors) was declared an Ambassador of Scouting by the UK Scout Association as of June 2010. He also serves as an ambassador for the British based environmental charity MADE in Europe.

Though he continues to write, record and occasionally tour internationally ~ in recent years Dawud has become a strong advocate of Simple Living and more actively involved with educational initiatives promoting artistic expression as a means to fostering positive social change.

After a nomadic decade bouncing between homes on several continents, Dawud and his family now reside primarily in his hometown of Kitchener, Canada where he works as an educational puppeteer and volunteers with numerous local community organizations.